Summer in the City

Summer arrived a few months early last week and the sun revealed a vision of city life to stir the soul and quicken the heart.  People lingered in the parks and public spaces, in groups, couples or alone, their faces eagerly turned towards the sun.  Everyone seemed more relaxed, carefree and friendly and London was looking its best, presenting its most attractive side to the public in the bright spring sunshine. 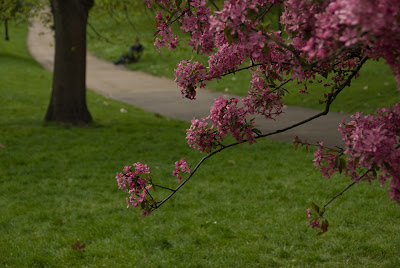 Walking through this benign version of London the other day I was reminded of a book I recently read containing some of the most lyrical descriptions of London life I have ever come across. Sam Selvon’s book The Lonely Londoners, first published in 1956, describes the world of the West Indian immigrants, lured by the promise of jobs aplenty and improved economic prosperity in post-war Britain.  London was the repository of their hopes and dreams, a magnet for those who desired a better life, but the welcome they found did not live up to their expectations.

Selvon has created a world which is in turns harsh and unforgiving and at the same time bittersweet in its beauty and pathos. In the introduction to the book, London is described as an ‘imagined city.... a promised land that despite its lure turns out to be an illusion.’ The book is narrated in a kind of modified Caribbean vernacular which takes the reader right into the characters’ world and makes us see London through their eyes. The London of the book is a constantly changing city, which mirrors the characters’ moods – sometimes optimistic and cheerful, at other times depressing and drab. The two main characters, Moses and Sir Galahad, offer contrasting outlooks to life and the London weather plays an important role in their different responses to the city. Moses, world-weary and introspective, is introduced in the opening lines of the book:


“One grim winter evening, when it had a kind of unrealness about London, with a fog sleeping restlessly over the city and the lights showing in the blur as if is not London at all but some strange place on another planet, Moses Aloetta hop on a number 46 bus at the corner of Chepstow Road and Westbourne Grove....”

Sir Galahad on the other hand, is an exuberant optimist with an unquenchable zest for life, who sees London in a different light. He walks the streets of London like a king, thinking:

“This is London, this is life oh lord, to walk like a king with money in your pocket, not a worry in the world. Is one of those summer evenings, when it look like night would never come, a magnificent evening, a powerful evening, rent finish paying, rations in the cupboard, twenty pounds in the bank, and a nice piece of skin waiting under the big clock in Piccadilly Tube Station.  The sky blue, sun shining, the girls ain’t have on no coats to hide the legs.”

With these few words Selvon conjures up the sheer joy of walking abroad the city when the weather is fine, life is good and all things seem possible. At times like these it seems there is no better place in the world to live than London. Later in the book there is a long ten-page passage – a sort of stream-of-consciousness ‘prose poem to London’ - in which he celebrates the pleasure of ‘liming’ in Hyde Park - hanging around with your mates, chatting up girls, drinking and eating:


“.....everywhere you turn the English people smiling isn’t it a lovely day as if the sun burn away the tightness and strain that was in their faces for the winter....  all these things happen in the blazing summer under the trees in the park on the grass with the daffodils and tulips in full bloom and a sky of blue oh it does really be beautiful then to hear the birds whistling and see the green leaves come back on the trees.....” 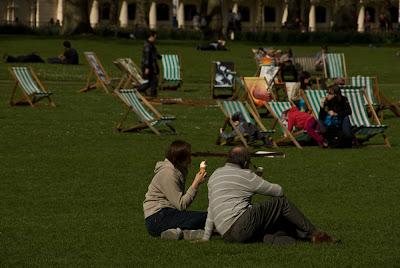 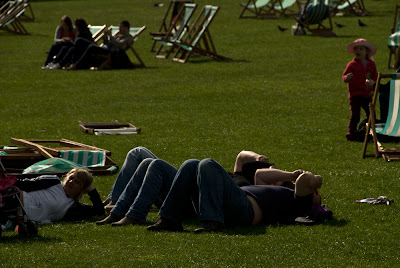 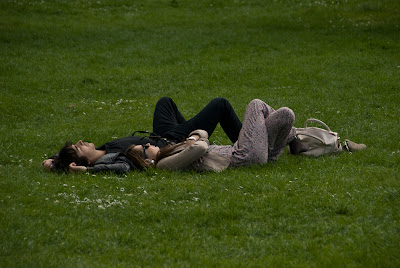 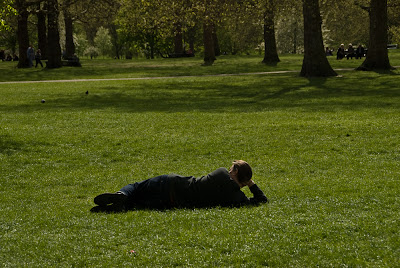 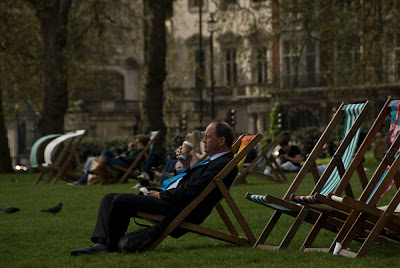 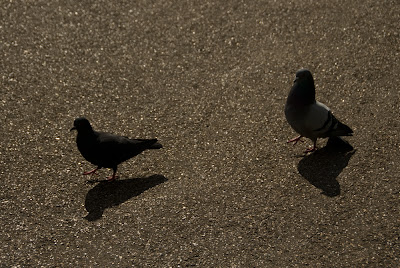 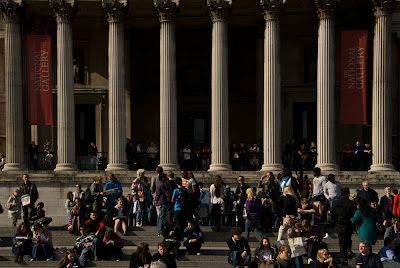 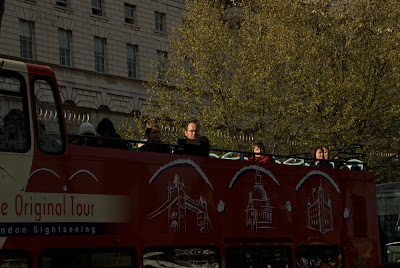 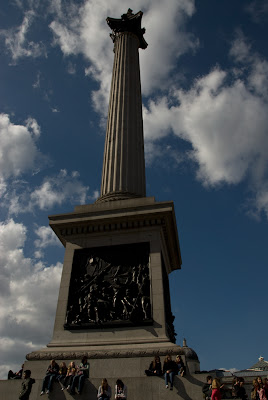 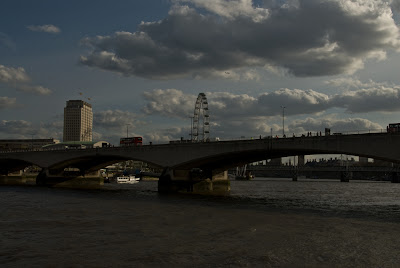 London presents a different face over the changing seasons and it is one of life’s pleasures to be able to appreciate the variety, whether it is the freshness of the first weeks of spring, the hazy torpor of a hot city summer, the chill in the air of a sunny autumn morning with the leaves crunching underfoot or the melancholy of the briefest of winter days.  Towards the end of the book there is a sublime passage which conveys the sensory pleasures to be had in these seasonal changes and the excitement and wonder at being amongst London’s famous landmarks:

“The changing of the seasons, the cold slicing winds, the falling leaves, sunlight on green grass, snow on the land, London particular.  Oh what it is and where it is and why it is, no one knows, but to have said: ‘I walked on Waterloo Bridge,’ ‘I rendezvoused at Charing Cross,’ ‘Piccadilly Circus is my playground’ to say these things, to have lived these things, to have lived in the great city of London, centre of the world.  To one day lean against the wind walking up the Bayswater Rd (destination unknown), to see the leaves swirl and dance and spin on the pavement (sight unseeing), to write a casual letter home beginning: ‘Last night in Trafalgar Square...’ “ 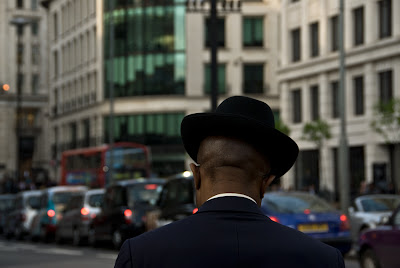 Surely this would convert even the most ardent city-hater and persuade them of the beauty to be found in London’s streets?