As the gentrification of London gathers pace, places which were previously almost no-go areas are gradually being changed beyond recognition.  One such area is King's Cross, the hitherto unloved destination of those newly arrived in London, known in the past for its seedy mixture of cheap hotels, prostitution, drug dealing and alcoholism. With the refurbishment of St Pancras Station and the ongoing development of King's Cross station and the surrounding area, all that is changing and there is anticipation in the air and bustling activity in the streets.

Most people's experience of King's Cross will have been limited to a brief passage through the station on the way to somewhere else but its reputation in the public imagination as an unsavoury place of shady or criminal dealings has probably been reinforced by a number of films shot in the area - directors wishing to portray the dark underbelly of London life would often opt to use King's Cross as a location.

The first of these was the 1955 film The Ladykillers made by Ealing Studios and starring Alec Guinness, set in the drab streets behind the station with the gasworks looming in the background. A gang of robbers rent rooms from an octogenarian widow and plan a security van robbery which takes place behind King's Cross station. Much of the action occurs in the house overlooking the railway which, unlike the terraces flanking it, was actually a set built for the film. 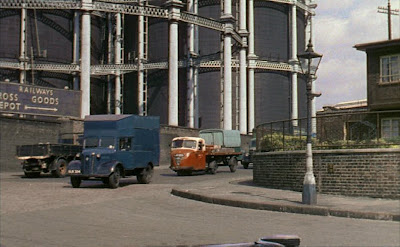 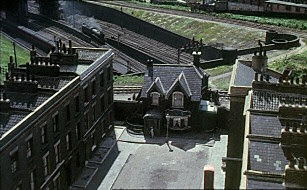 Scenes from The Ladykillers (1955)

The gasworks are a recurring motif and can be seen in the opening sequence of Alfie (1966) where, in a car parked in the gas-holder's shadow, Michael Caine's promiscuous character is conducting his illicit noctural assignation with a married women.  It can also be seen briefly in David Cronenberg's splendidly dark and disturbing Spider - the story of a schizophrenic man piecing together his childhood memories. After being released from a mental institution, Spider arrives at King's Cross station and wanders through the depressing, run-down streets in search of the halfway house where he is to stay.  The 1992 film Chaplin directed by Richard Attenborough also features the same location as a stand-in for Chaplin's childhood home in Lambeth although again the houses shown are in reality a huge set constructed especially for the film. 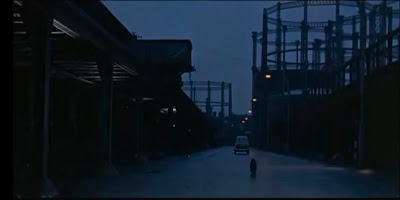 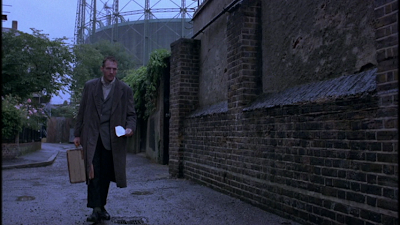 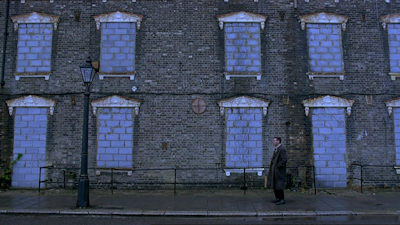 
King's Cross is the backdrop for Mike Leigh's 1988 film High Hopes - a film set in Thatcher's Britain dealing with the cultural and political clashes between the classes where the main characters Cyril and Shirley live in a council block overlooking King's Cross station. At the end of the film they take Cyril's aging mother onto the roof of the building and surveying the neighbourhood where she and her family have lived over the years she remarks 'it's the top of the world' - a world where the links of the close-knit working class community of the past are being severed. 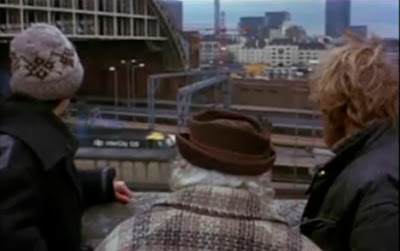 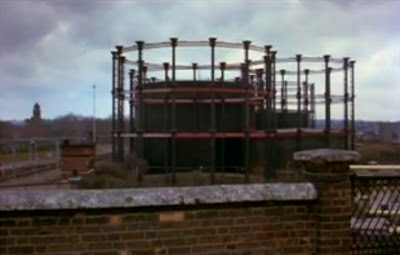 This little part of Britain's cinematic heritage only exists on film now since the entire area, including a row of Grade II listed terraces, has been demolished as part of the regeneration scheme.  The residents have dispersed and the famous gasometers have been dismantled for renovation and will be re-erected to form part of the scheme but in a different location north of the Regent's Canal.  In its place is a vast building site with all its attendant noise and disruption...... 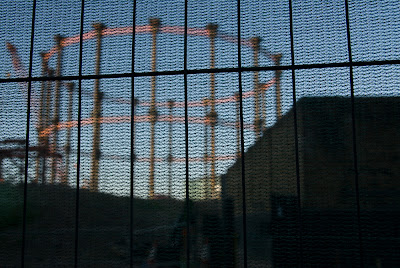 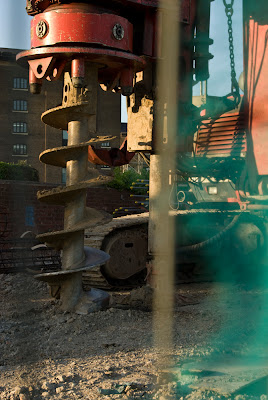 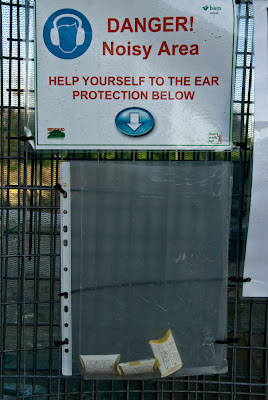 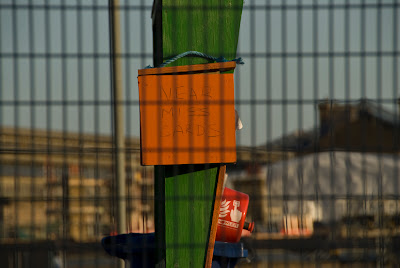 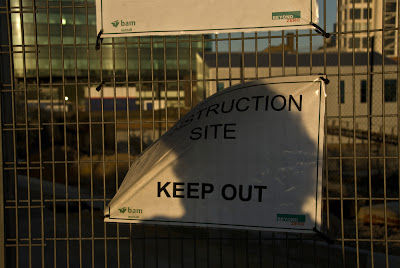 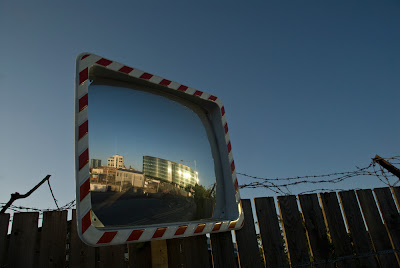 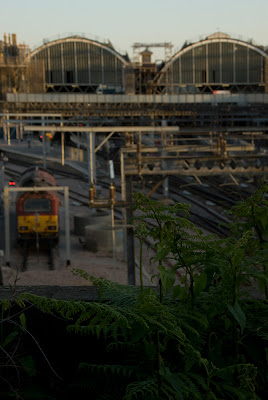 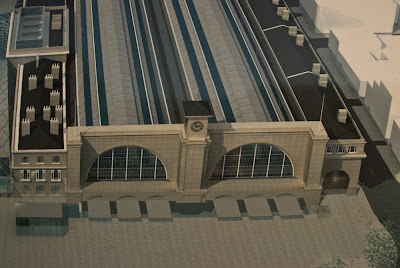 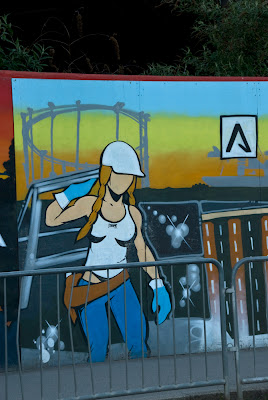 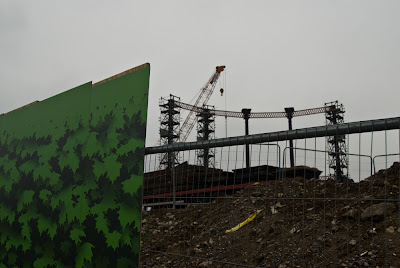 Regeneration always has to be weighed against the loss of some sort of heritage and it remains to be seen how the development will affect the area in the long run, but it is sad to see this little corner of cinematic history reduced to rubble. 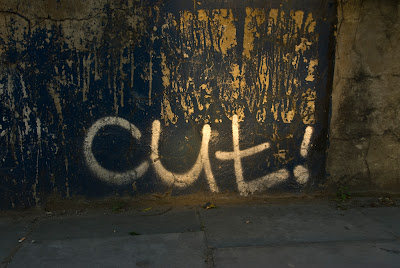