Following on from last week's post about the disappearing landscape of King's Cross, it's time to take a look and see what will be replacing it.  The reconstruction of the area, the largest central-London development for many years, will feature a mixture of office, retail, residential and public space as well as arts, cultural and community facilities, and will even have its own new postcode N1C.  The scheme is being co-ordinated by the King's Cross Central Partnership.

As a part-time resident of the area, over the past year I have been noticing with interest the proliferation of artist's impressions adorning the walls along the canal and around the site perimeter. Inspired by the existing industrial heritage, the unknown artists of these computer-generated visualisations show an aspirational world of bright, well-dressed, youthful people purposefully going about their business or obviously 'relaxing' in a clean and well-ordered landscape. 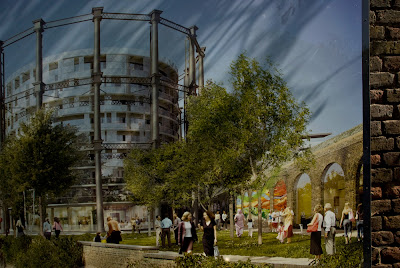 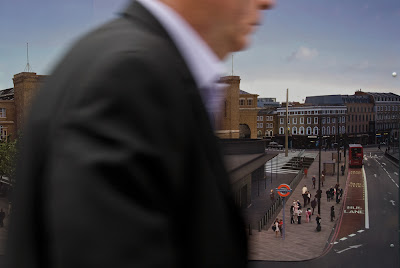 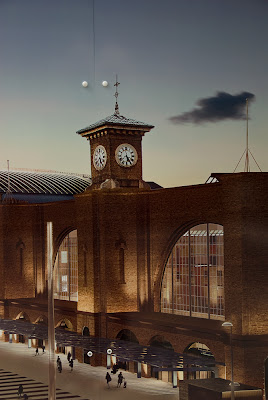 This vision seems to bear little relationship to the bleak industrial landscape which it is replacing but a high proportion of 'heritage' buildings are being retained and remodelled. However, the language with which the regeneration is described in the publicity material smacks of planning jargon and my heart sank when I read such deadening phrases as 'retail offerings', 'enhanced towpaths', 'food and drink cluster', 'dynamic retail or cultural opportunity', and 'animating the underside of all the bridges with art and lighting'. Contemporary urban planning is all about managing and guiding people to use a space in a particular way, usually with the goal of making them spend money - as evidenced in this particular little juicy nugget from the marketing blurb:


"At the centre of key pedestrian routes, the qualities of the heritage structures offer the possibility of engaging customers and passers-by in an innovative and inspiring retail experience." (1)

Get your heritage experience here! The consumer rules! This airbrushed version of the cityscape offers little to tempt the dedicated urban explorer or historical connoisseur - everything seems to be packaged to deliver a particular controlled and officially sanctioned use of space.

On the plus side there will be ten new parks and squares including a brand new public square the size of Trafalgar Square, the relocated University of the Arts, 3 new bridges over the canal and more than 400 mature trees, which in an area with a distinct lack of green space is a welcome addition.  Affordable homes are being included in the residential development and, after a competition to determine its use, the main Gasholder is to be converted into a recreational space (although to my mind it is a striking enough structure unadorned and I can't help wishing they had just left it as it was as a reminder of the area's industrial past.)

Wandering around the area recently I was struck by the contrast between the idealised world of the architects' impressions and the encroaching unruly natural world. These sanitised spaces are no match for the ivy, nettles and wild flowers which have been gradually and systematically invading their territory. 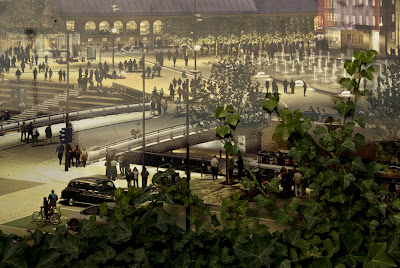 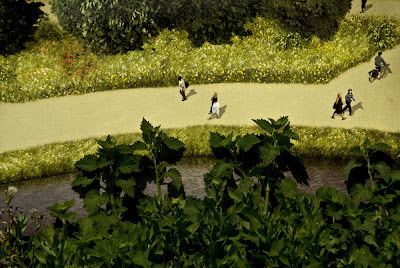 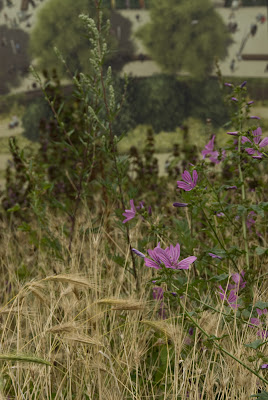 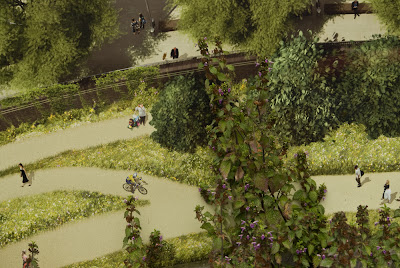 In addition, the inevitable blight of graffiti is no respecter of these fantasy worlds. 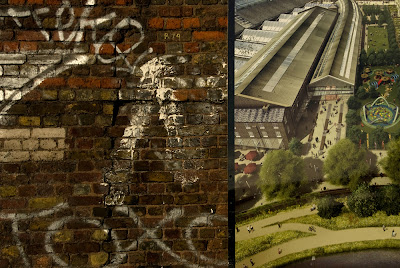 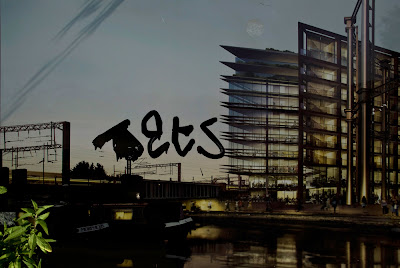 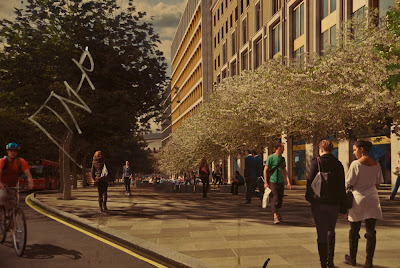 The author of the following one succinctly sums up what they think of the proposed plans..... 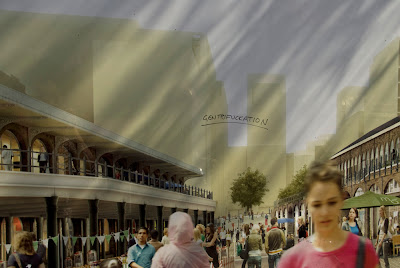 Like a magnet, the graffiti attracts others, less articulate, to add their contributions..... 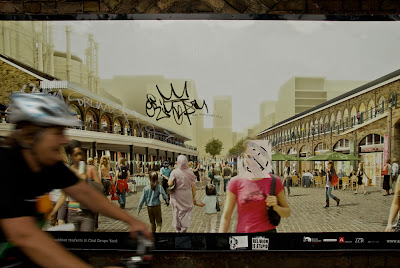 But someone obviously cares enough to clean it up... 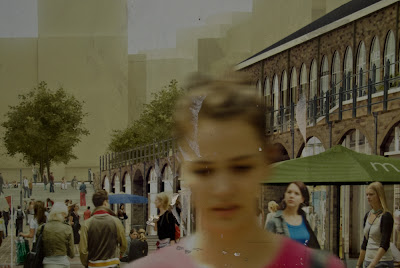 We will have to wait some time before we can judge whether the scheme has been successful or whether it will be just another of those much-hyped but characterless developments that pepper the city.  In the meantime, here are some real people going about their business in the real world..... 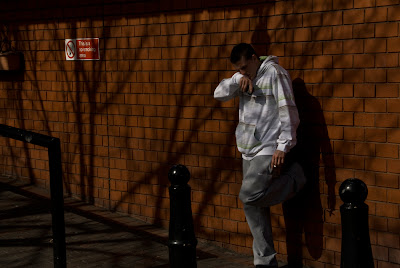 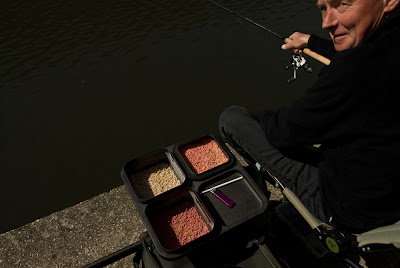 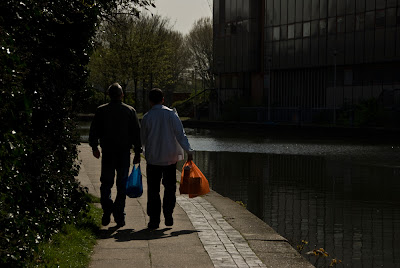 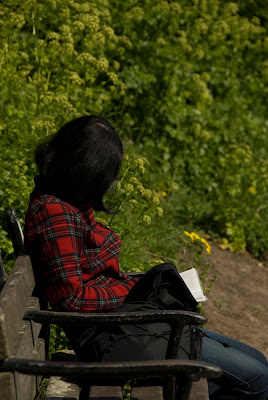 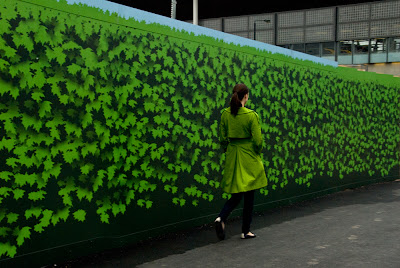 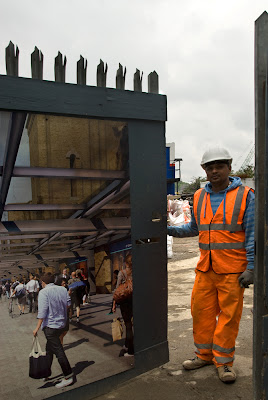